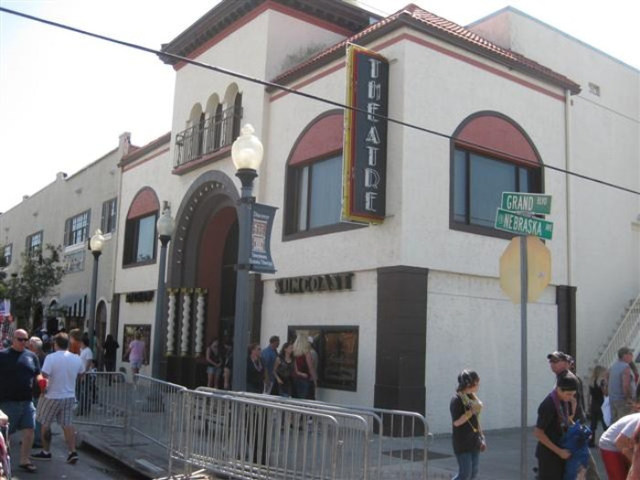 The theatre went on to sound films in 1930. It is known as the Richey Suncoast Theatre today and still in operation as a community playhouse.

Here is an October 1944 story about the sale of the theater:
http://tinyurl.com/6rqp9a

I had the pleasure of getting my start as an actor on the stage and the beautiful and historic Richey Suncoast Theatre, appearing in Productions Of 1776,Cabaret,Three Penny opera and many others,Before moving to Hollywood Ca a few years back.
o
One of the most beautiful theatres in the Tampa bay area, i still love to just go and sit in the auditorium when i go back home to NPR for a visit. If you have never had the pleasure of taking in a live production at this theatre, you definately must.

Here are my pictures from February 2011.

Nick might have some info on this Theatre,Out there Nick?

Full-page advertisement in the June 25, 1926, New Port Richey Press announcing the naming and the opening of the new Thomas Meighan Theatre. An article in the same newspaper said: “New Port Richey’s beautiful new motion picture theatre has been named the ‘Thomas Meighan Theatre’ in tribute to the famous film star who has adopted New Port Richey as his favorite Florida city and who has been largely instrumental in interesting here some of the brightest stars of the screen and stage. … It was hoped that Mr. Meighan would be on hand to crack a bottle of champagne over the corner-stone of the theatre. It was found to be impossible for the famous screen star to be present in person, but the next best happening is announced with the statement that the picture house’s first attraction will be Thomas Meighan in ‘The New Klondike,’ a picture of Florida during the boom.”

This building is now the Richey Suncoast Theatre.