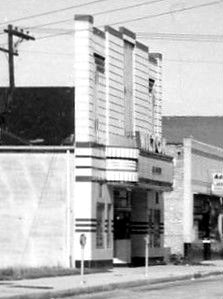 The former Wilton Theater, located on Water Street near Jefferson Street (not far from the Kankakee River), is now home to an antique mall.

I believe this theater was featured in a 1953 theater owners' documentary about the financial devastation wrought by the 20% federal tax, plus other encroachments on the box office, such as television.

Owned by Anderson Theatre Circuit of 118 E. Jefferson St., Morris, Illinois. They also had theaters in such towns as Coal City, De Kalb, Morris & Naperville all in Illonois.

Manteno, Illinois
MP 47 on the IC/CN/AMTRAK “Mainline of Mid-America”

Would be great to have photos of the original theater, both inside and out and more info too!