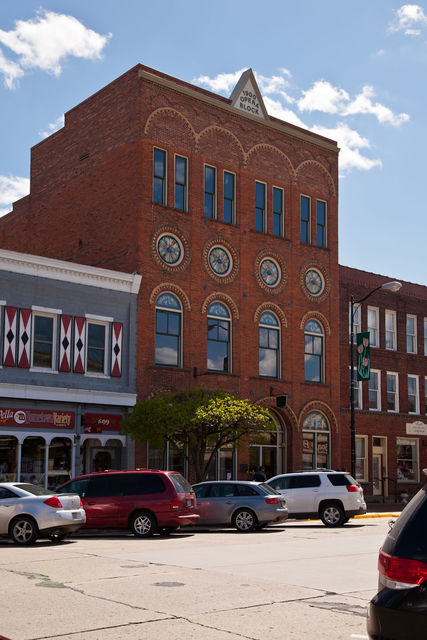 Opened its doors with the performance of a play, “What Happened to Jones”, on November 16, 1900.

After a complete restoration in 1990, the Opera House is again host to a variety of performing arts. It is listed on the National Register of Historic sites.

Julius Cahn’s guides list this as a second floor house. While many such theaters did run movies for a while during the first two decades of the 20th century, most of them didn’t operate as movie houses for very long. Patrons preferred the newer theaters that had their auditoriums on the ground floor.

I’ve been unable to discover the original architect of the Pella Opera house, but the plans for the renovation begun in 1988 were by Wetherell Ericsson Architects, the successor firm to Wetherell & Harrison, designers of many of the classic movie theaters in Iowa.