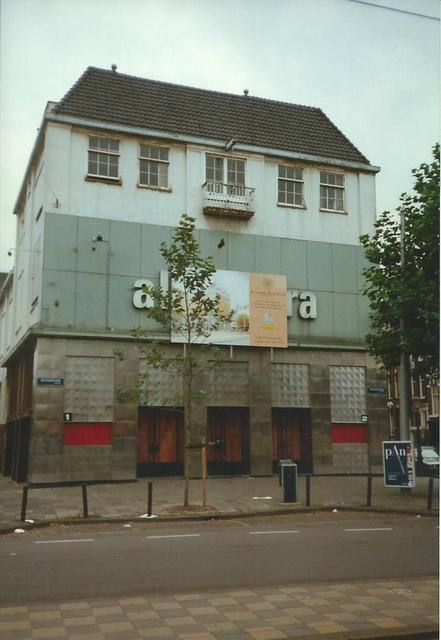 Opened on 8th December 1933 with the British film “Carnival” starring Matheson Lang, it was prestigious cinema located just off the central area of the city. The architects were Piet Kramer, F.A. Warners and Frans Jurrema. There was a dance hall and cabaret room located upstairs which opened in 1934 and was known as ‘Le Papillon’.

The entire interior was modernised in 1954 and in 1972 the cabaret room was converted into a 2nd screen known as Alhambra 2 which seated 157. Over the years the operators had been M.G.M., Cannon and Pathe who were the last to operate it. It closed in 1997 and was demolished for housing built on the site.