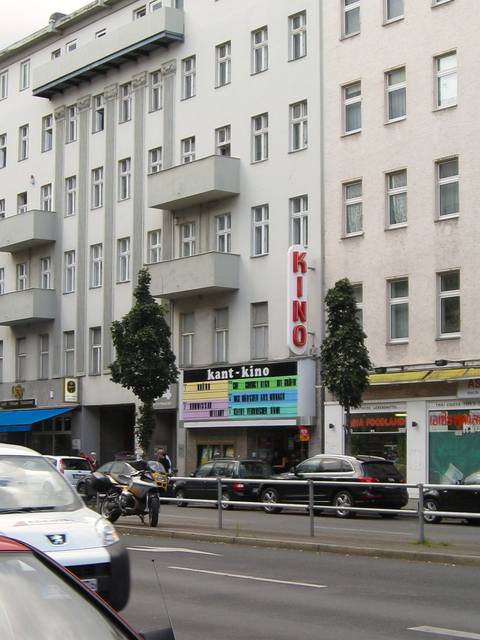 Opened in 1912, the entrance to the original Kant Kino was from a rear yard, the building being at the rear of a hotel that fronted onto Kantstrasse. The original seating capacity was for 787 in orchestra and balcony.

In 1929 architect Wilhelm Kratz added a new entrance that was formed out of the former hotel lobby. Many alterations have been made to the cinema over the years, and there is practically nothing remaining of the original decorations in the building. It was first twinned, then a small 22 seat screen was formed out of a space that had previously been a cloakroom and this was named ‘Kid im Kant’. Three other screens have now been provided which give a total seating capacity today of 626.

The Kant Kinos closed in 2000 but re-opened in 2002 (again operating as a popular art house cinema, now named the Neue Kant Kinos). By 2017 it had been taken over by the Yorck chain and re-named Kant Kino.

More infos and photographs on this theater (and many others) can be found on the German language only Berlin Movie Theater Guide – www.kinokompendium.de: Neue Kant Kinos