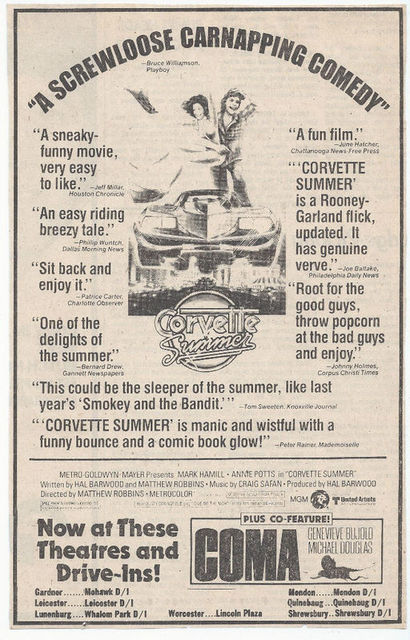 Was a small drive-in located on Route 131, immediately before the Massachusetts state line. It was operating by 1953, when it was part of the E.M. Loew chain, who still operated it in 1955. I do not know when it closed, but it sat abandoned for many years. It was demolished around 1991, and the land is now a residential sub-division known as Leo Circle.

This Drive-Inn was operated by Interstate Theaters out of Boston, Mass. in the fifties.

I found this on the Thompson (CT) Historical Society Newsletter (Winter 2003 newsletter):
“Ladies received free flowers and men free cigarettes at the opening of the Quinebaug Drive-In on Rte. 131, near the 4 Corners. Alan Ladd, who later starred in a 1959 movie filmed in Thompson, â€œThe Man in the Netâ€, starred in â€œBrandedâ€ (1950).

I lived in neighboring Dudley, MA in 1983, and drove by the Quinebaug many times. If memory serves correctly, I don’t recall it being open at that time, I might be wrong.

My ex-father-inlaw owned a Mini-Mansion (renovated and turned into an apartment building) on a lot next to the Drive-In back in the late 50’s/early 60’s. His daughter used to play in the projection booth when the place was closed, in the winter. (Guess they didn’t lock things back then!)

I believe this Drive-in held a capacity of 600 cars.

The above address will map accurately to the location of the drive-in.

Here is a 1971 aerial photo of the drive-in, courtesy of HistoricAerials.com.

Above address is incorrect. Approx. address for this drive-in was 781 Connecticut 131. Leo Cir did not exist when this was open as runs through where the drive-in stodd.