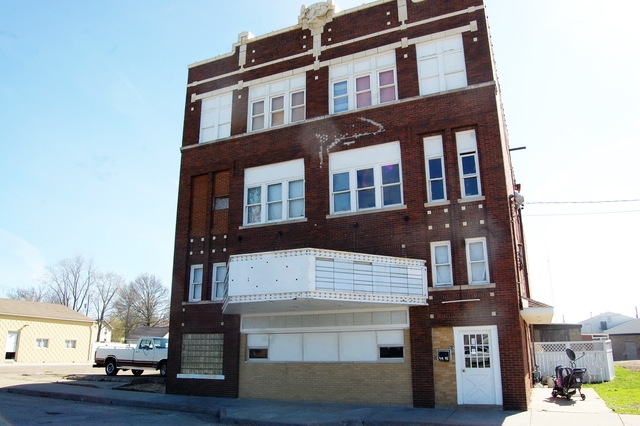 Originally built in the early years of the 20th century as a Masonic Lodge and located on Main Street, the building later became the Princess Theater. Today, it is home to the Farmington Music Theater, a venue for concerts and other live entertainment. It closed around 2005.

December 2010 – – there is a For Sale sign in the window. Residents told us the music theatr closed 4-5 years ago.

Is this the building that once housed Zellmer’s Dinner Theater productions in the 1990’s?

This one is definitely closed.

The new Masonic Lodge in Farmington was dedicated on October 9, 1901, according to the November 1 issue of Masonic publication The American Tyler. I haven’t found the Princess Theatre mentioned in early trade publications, but it was listed in the 1921 Cahn guide with 500 seats.

The February 19, 1916, issue of The Moving Picture World mentions houses in Farmington called the Lyric and the Strand, both operated by Jesse Chance, Jr., and in 1913 there was a house called the Dreamland. Any of those might have been earlier names for the Princess.