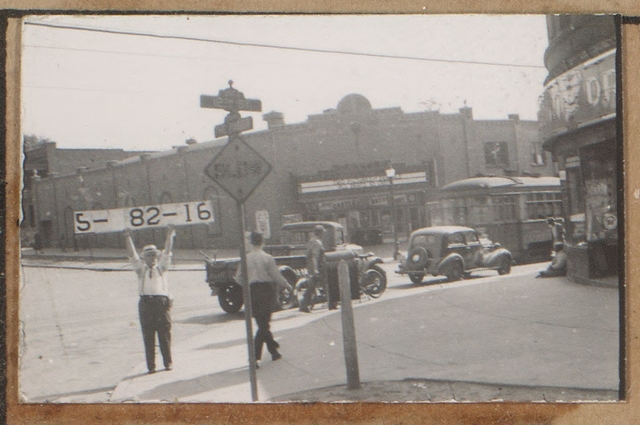 The Castle Theatre was located on East 12th Street just a block from the Paseo. I could find no time line on the Castle and very little information.

Seems that the Castle Theater was in operation, it was mainly served the Black Community. It was actually a very nice theater and was still operating when a plan was approved to build some new housing in the area of Paseo and 12th Street. It was demolished completely intact. The projectors were still in the booth and the seats were still installed including the screen and stage curtain. There was some kind of organ to the right front of the stage. I was able to bet the standing box that the manager would put the halved tickets into. It had a beautiful marquee that lit up very nicely at night. I think it was a sad loss for that part of town and could have been saved for a performing arts center and museum for the history of 12th Street Jazz.