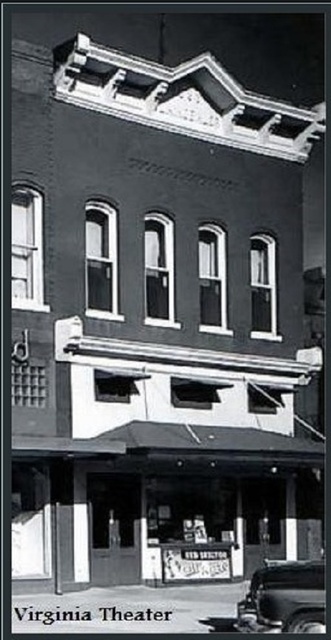 Originally built as newspaper offices. The Virgnia Theater opened in 1930 with 248 seats. It was damaged by fire in 1946 and reopened later that year with 330 seats. By 1969 it was operating weekends only and closed in the late-1970’s. It became a woodworking shop, then a gift shop before sitting vacant for many years.

In 2018 work began to convert it into a community center, which is planned to open in 2019.