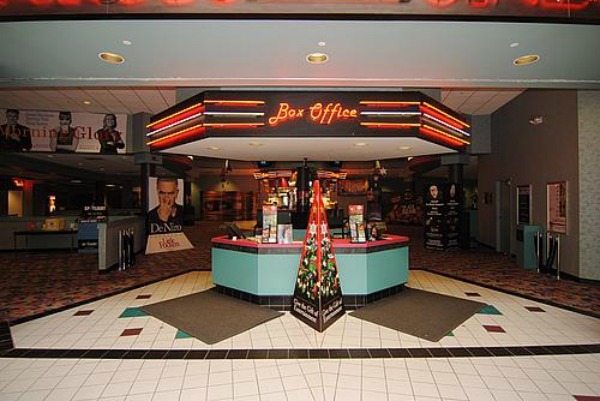 Shakopee Town Square is an eleven screen theater operated by Marcus Theatres. This theater has all stadium seating and all digital sound. It shows first run movies.

Shakopee was originally built by GTI Theatres of MN. It was among a series of multiplexes built for booth-independent operation from the lobby with Christie endless loop platters. The theatre was purchased by Marcus Cinemas in 2000, and I would believe that it has since had its endless loop platters converted to standard setups, like the Rosemount Theatre.

Recently converted a majority (if not all) of their screens to digital projectors.

A second entry in the Vanney Associates PDF reveals that Robert Vanney designed the later expansion of the Shakopee Town Square Theatres as well as the original six-screen project.