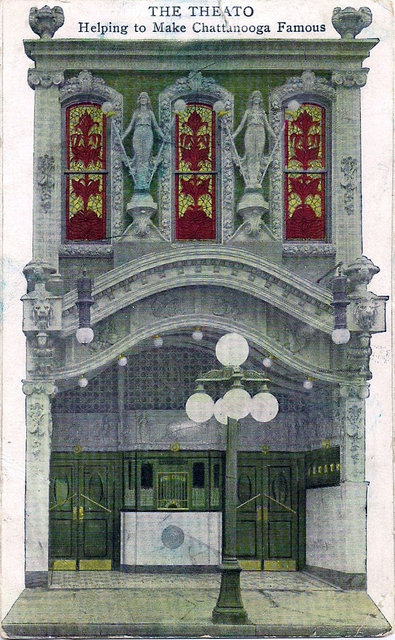 Chattanooga’s first motion picture theatre as well as one of the first to close. The Theato was operating by 1908 and closed in 1916.

Here is the photo that Jack Coursey referenced at the top of the page:
http://tinyurl.com/yrnfct

The Theato lasted until 1916 which is a good run for a theatre of that era. The parent company for Howell Graham’s operation, the Mountain City Amusement Company which operated the Theato, Alhambra, Colonial and Crescent in Chattanooga went bankrupt in 1916 and the theaters were dispersed.