Jacey in the Strand 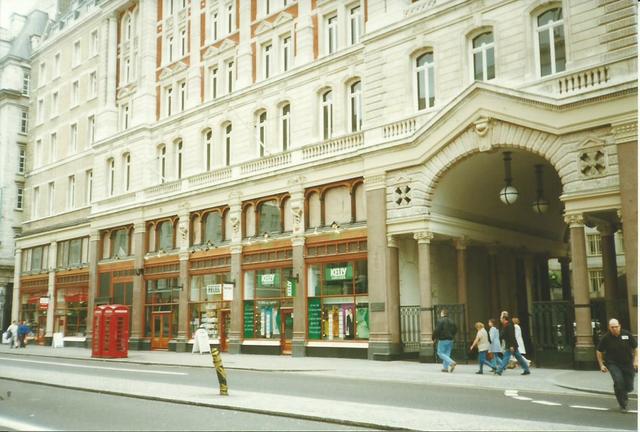 This was the second Monseigneur News Theatre to open in London and was located in a conversion of part of the east wing of Shell-Mex House office building. It opened on 29th August 1935.

After newsreels stopped being made, it went over to screening one-hour continuous shows of cartoons and it was purchased by the Jacey Cinema chain in June 1960. It had a re-fit and was remodelled by architect Leonard Allen, and re-opened on 23rd February 1961 as the Jacey in the Strand as an up-market art house cinema, with a screening of “Torment” starring Michele Morgan. It soon went over to screening ‘adult’ soft core feature films. This didn’t last too long and it reverted to screening revival’s of classic movies such as “Citizen Kane” and ended its life as a revival house for blockbuster movies “West Side Story”, “Exodus” and closing with “Lawrence of Arabia” on 11th January 1966.

The entrance was converted into retail and the auditorium into office space.