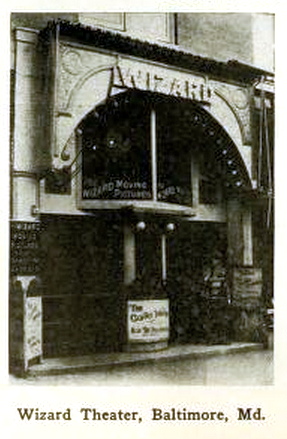 Located just south of the Inner Harbor was the Casino Theatre. It was originally named the Wizard Theater when it first opened in 1906, becoming the Brodie Theatre in 1910 and was remodeled by architect J.C. Speddon in 1912.

It was remodeled by architect A. Lowther Forrest in 1925 and a new facade in a Spanish Colonial style was added. Reopening in October 1925, it was renamed Majestic Theatre by 1927/28.

Renamed Casino Theatre from December 25, 1936, it was a popular theatre in its day with its large marquee and ornamental facade. Further renovations were carried out in 1950 and it reopened as the Beacon Theatre, closing in early-June 1957.

This building is for sale on loopnet, but it doesn’t look like the building in the Kilduff’s photos. Same address, though.
http://tinyurl.com/6j6duj

That’s what I saw on one of the Kilduff’s photos. I know they did some renovation, but these are two different buildings.

The facade was completely changed after a terrible fire in the early 1960’s. After the building was rebuilt it was the Pricess Shop and Kings Court until the late 1980s.

And finally we had The Great Wizard at 30 W.Lexington Street, opened in October 1909 and still listed as such in Polks Directory for 1912, but by 1920 it had become The New Wizard (Polk’s again)

The Wizard on Eutaw Street was at 219 N. Eutaw. Blaney’s was a block north. Blaney’s opened in February 1903 as the Empire in what had been St. Mark’s Church