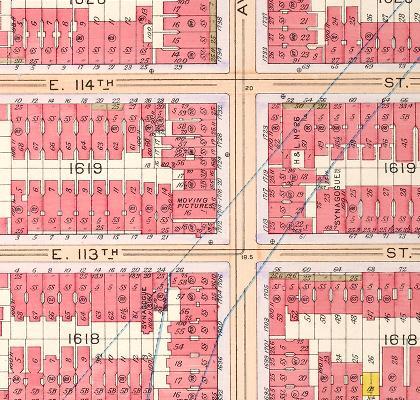 Located in East Harlem on Madison Avenue between E. 113th Street & E. 114th Street (which no longer exist today). This small cinema served East Harlem for many decades under at least three different names. It was open as the New Madison Theater by 1914. By 1935 it had been renamed Municipal Theater. By 1953 it was screening Spanish language movies as the Ansell Theatre. It had closed by 1957.

No listing in the 1957 Film Daily Yearbook.

Listed in the 1953 Film Daily Yearbook as an Ansell theatre, a chain that runs Spanish language theatres.

The Madison theatre referred to in the article must be the Caribe.