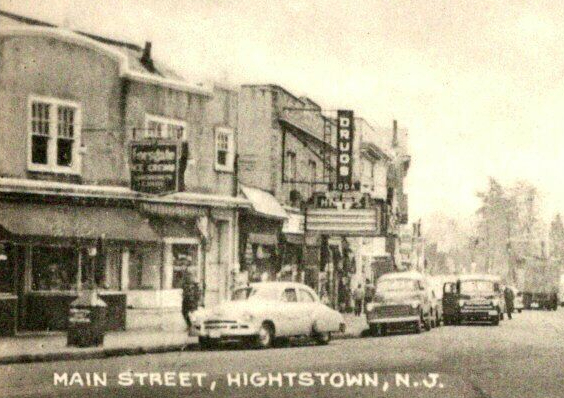 Opened prior to 1941 when it was operated by Rosenblatt-Welt Theaters. Listed in the 1951 Film Daily Yearbook, this theater was converted to office space in 2003 by the Peddie School. It has space for six offices. One is currently occupied by Molly Maid of Windsor while another is occupied by SciCore Academy, a private school.

The Hights Theater is listed as open in the Film Daily Yearbook; 1941 edition.

“If you wanted to see a movie in the Trenton area at the beginning of the 1970s, you had a choice: In New Jersey, it was the Mayfair, Lincoln, Trent, Greenwood and Brunswick in Trenton; Capitol Plaza Cinema in Ewing; Eric Lawrenceville in Lawrence; Prince in West Windsor; and the Hights in Hightstown.”