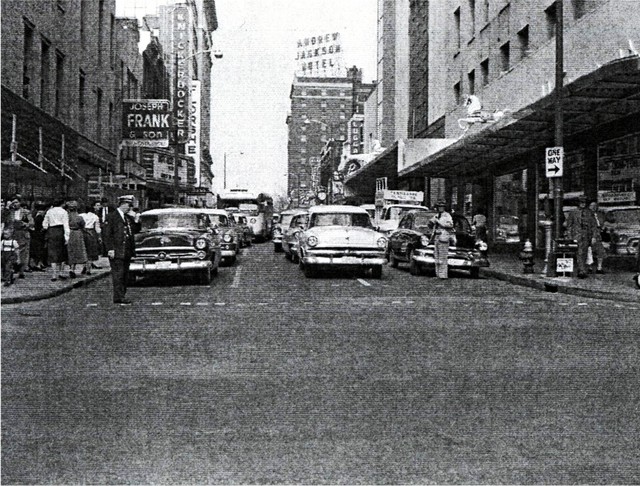 By 1950 the Knickerbocker Theatre was operated by the Crescent Amusement Co. It was still open in 1957.

Thanks again Dave,that an interesting bit of Nashville History.From over 50 years ago.

Looks like we have lost some comments and photo links with the New C.T.

Information about Knickerbocker and other Nashville theaters at http://historicnashville.wordpress.com/category/theaters/

Just for the record and to whoever wrote the opening comment above, the Capitol Blvd address and the Sixth Ave address are the same building; the ole Knick had two entrances, one on each of these streets.

Thanks for that link Chuck.

The Kimball organ was moved to 1st Lutheran Church on 8th Avenue in the late 40s. It was removed when church bought a new organ in early 60s. I have no idea what became of it.

According to the Encyclopedia of the American Theatre Organ, Vol.1, page 259, by David Junchen, published 1985, and referencing the theatre’s summary at the top of this page, a Kimball Theatre Pipe Organ was installed in 1916. Three manuals/twelve ranks, including a two rank echo chamber, probably positioned near the back of the auditorium.

Sudekum – daughter of “Mister Tony” Sudekum who started with the Dixie on 5th Ave and built it into the Crescent Amusement Company.