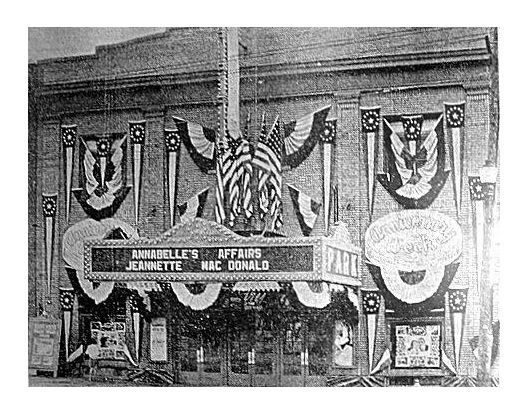 The Park Theatre was situated on the upper reaches of Broadway, which proved too far from the shopping and business area that developed around lower Broadway and Water Street, near the Hudson River. The Park never prospered, closed during the Depression, and re-opened again only for a brief period during WWII. It was eventually converted into a Salvation Army store which it remains today. More information about its history is needed.

This is still the Salvation Army store. Walking in you can tell where the former balcony is. How much of the balcony is intact, though, I am unsure of because I did not go upstairs.

The Park Theater I remember was only opened for a brief time in the 1940’s, after a fire severely damaged the Broadway Theater further down on Broadway (in 1943). When the Broadway was cleaned up, refurbished and reopened, the Park closed down again. I remember that “Yankee Doodle Dandy” had its premiere at the Park, where I saw it for the first time. A few of us oldtimers remember the Strand, down on Liberty Street South of Broadway, but I think that it must have closed down before I was old enough to see anything there.

Passed by this theater on my bike trip 2 weeks ago. It’s now boarded up as it was previously a Salvation Army. The weeds and ivy have grown substantially on the right side and the rear of the building.