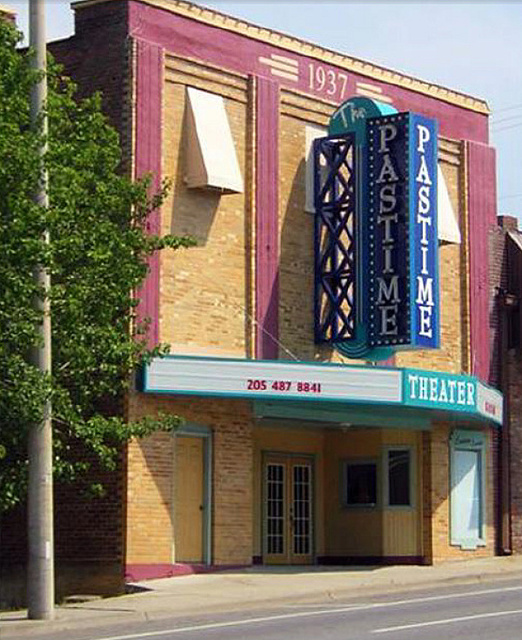 Opened in 1938, the Pastime Theater was closed in the 1980’s. It was restored in 2002, and is listed as open but no longer as a full time movie theatre. One current use for this theatre is concerts and Classic movies for children. Any additional information on the Pastime Theater would be appreciated.

This is from a blog:

It’s always good to hear of a small town or community doing positive things to bring the arts to their citizens, and I’m particularly inspired by what’s going on in Winfield, Alabama right now. Not that I’m partial since I grew up in the area, but the Winfield Main Street program has done quite a bit for the town in a short time. The old Pastime Theater, built in the 1930s had fallen into disrepair, but a few forward thinking citizens got together in an effort to preserve it, and have done a remarkable job! While I have as yet to see the renovated theater, I’m planning on going up to do so, and I plan on attending at least one of the events in their concert series. The type of events they have there varies widely, so there’s something there for almost everyone! Tuscaloosa’s Lamb Family will be performing there in March, and there will be other musical and dramatic events there in coming weeks and months.