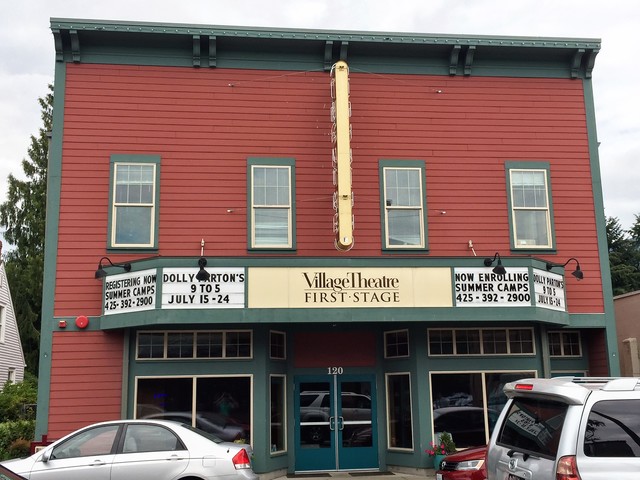 Rufus H. Glenn built the Issaquah Theater in 1913 and showed silent films. The theater has a flat floor and originally had removable seats to make room for other activities held in the building, including basketball games, school dances and graduations.

The building itself is a very basic two-story wood frame structure. The parapet is decorated with five pairs of decorative scrolled brackets and a wide cornice and frieze. The inside is small with no more than 200 seats.

Sometime before 1932, John Brunberg bought the theater. Subsequent owners through 1977 were Jim Brooks Sr. (1945-46), Keith Beckwith, and Robert Catterall, who bought in 1967 from Don Rarey.

Catterall remodeled the theater and turned over the management to Pine Lake Presbyterian Church. The church decided to run the theater as a nonprofit organization called the Issaquah Theater Group. Volunteers from the church cleaned and repaired the theater and served as ticket takers, concession stand staff and ushers. The theater provided entertainment in Issaquah and raised funds for the church.

The theater closed at some point in the 1970s. The words “Unsafe-Do Not Occupy” marked the front door of the building before it reopened in 1979 as the first home of the semi-professional Village Theatre company.

The Village Theatre later moved down the street, but it uses the old Issaquah Theater for its “Village Originals” series of plays and musicals. It still kind of looks like an old movie theater out front.