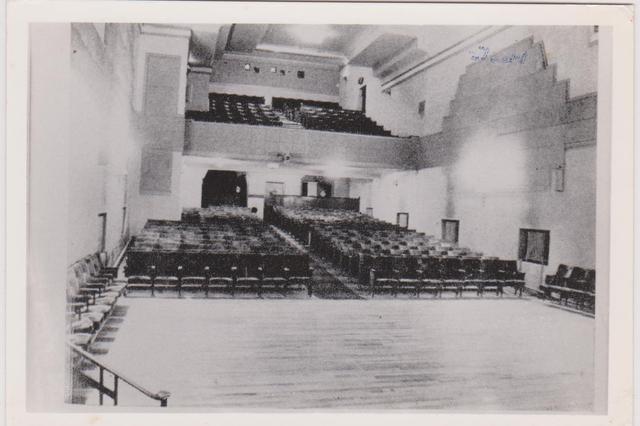 The New Empire Cinema was a replacement to an earlier Empire Electric Theatre that stood on another location in Delft Street.

The New Empire Cinema opened on 26th June 1937 with Lupino Lane in “Trust the Navy” and Rosalind Russell in “Craig’s Wife”. It was designed in an Art deco style by architects Alfred Burr and Vincent Burr. Seating was provided for a capacity of 600 in stalls and balcony.

It has been operated as an independent cinema throughout its life and was built for and managed by Mr W.A. Campbell. By 1944 a Mr. M. Goodman was the owner. By 1954 it was operated by Cinque Ports Cinemas Ltd. a subsidiary of Southern Cinemas Ltd.

In the late 1960’s it was operating as a mixed use of films and bingo and closed on films in September 1971. It was taken over by the local Council and leased out to a bingo club operator for the following ten years.

In September 1982 plans to convert into a restaurant/entertainment centre were turned down as were plans put forward in June 1983 to convert into a fitness centre. It became a snooker hall in the former stalls area in October 1987 and a new floor was extended from the front of the circle, supported by pillars. This then gave a two level snooker hall.

The former circle was partitioned off to create a 140 seat cinema that opened in August 1993 with Sylvester Stallone in “Cliffhanger”. The stalls snooker hall was converted into a lounge/reception room that now boasts a maplewood floor for dancing and a theatre organ.

In recent years the current owner Lynton Culver has restored the neon signage on the front of the building and attending a screening here at the Empire Cinema is like stepping back in time to the good old days of courtesy and friendliness of the staff.

Some exterior photos of the Empire from August 2018 here:–