The Friars,
Canterbury, CT1 2AS 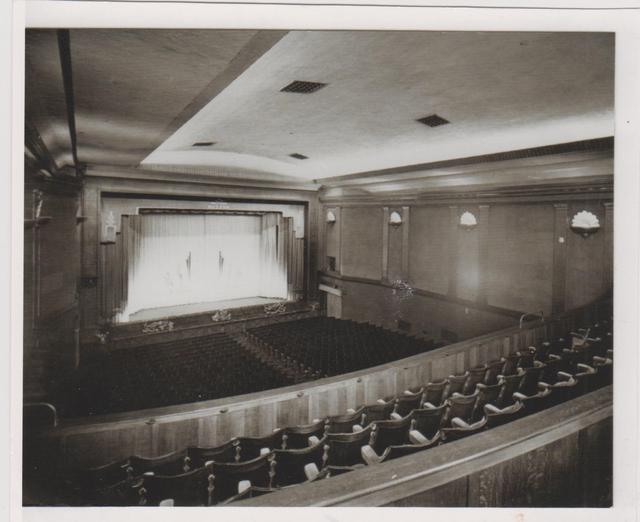 The Friars Theatre was built for the Oscar Deutsch Odeon Theatres Ltd. chain, but due to a local dancehall already having the Odeon name and refusing even compensation to change it, the cinema opened as the Friars Theatre. It opened on 5th August 1933 with Ivor Novello in “I Lived With You” (the same day that the city’s other new cinema, the Regal opened).

Designed by local architects Alfred and Vincent Burr in a rather plain early Art Deco style. Seating was provided for 878 in the stalls and 413 in the balcony. Lighting in the auditorium was provided by hidden lights in a centrally placed recess in the ceiling and via decorative wall bracket lights on the side walls.

The Friars Theatre was re-named Odeon Theatre from 4th April 1938, but the dispute with the dancehall continued and the theatre reverted back to the name Friars Theatre later that year.

It was finally re-named Odeon Theatre from 19th December 1955 and closed on 17th October 1981 with William Hurt in “The Janitor” (aka “Eyewitness”).

It was purchased by the City Council and was extensively altered to re-open as a live theatre known as the Marlowe Theatre on 8th July 1984, replacing the earlier Marlowe Theatre which had previously been the Central Picture Theatre.

In October 2005 plans were put forward to extend the theatre forward into what has always been an open courtyard at the front. It was thought that would probably mean the facade will be removed. However, ‘renovation’ work began in 2009, which in reality by June/July 2009 turned out to be total demolition, to build a new theatre which was completed by 2011.

An exterior photograph of the Odeon taken in Spring 1971:
View link

Two views of the Marlowe here:–

It’s just the fly tower structure now, safety curtain was removed yesterday, and the whole lot will be down by September. Was a dirty dusty building

This was the second cinema I was paid to work in as a projectionist, the first was the ABC up the road from this cinema. I was in the army at the time and did the odd evening and weekend at both cinemas.