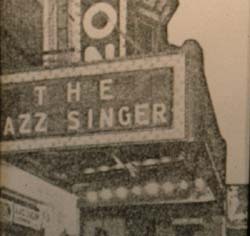 The Jackson Theatre opened in 1919 with a seating capacity listed at 1083. It was located on Jackson Street at Moyamensing Avenue. The architects listed for the theatre were the firm of Neubauer & Supowitz. The theatre closed in 1963 and was later demolished. The site is now an apartment complex owned and operated by the South Philadelphia Presbatery.