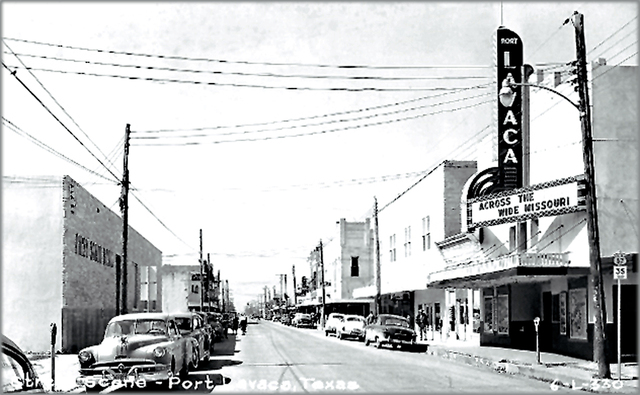 This theater opened in 1938 and was popular for two decades until the downtown area began to deteriorate. The theater closed in the early-1950’s and was vacant and in disrepair until purchased by Russell Cain in 1983. Mr. Cain then donated the theater to a local committee which began renovation. The theater re-opened in 1994 and has been used for live performances, fashion shows and concerts since that time.

Here is the website for the Main Street Theatre:
http://www.plmainstreet.org/theatre.html#start

That is a good view. Thanks.