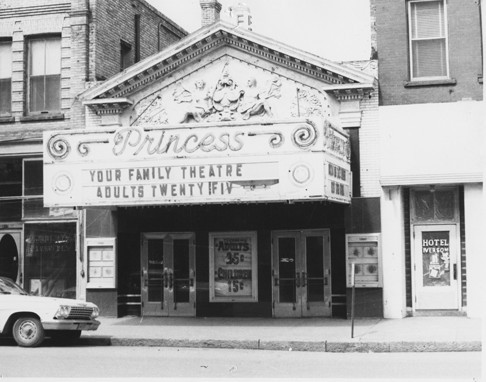 The Princess Theatre was opened by Amos Tweeden in 1914. The theatre was purchased by Leonard Jansen in 1951 and closed in 1963.

Here is a photo:
http://tinyurl.com/ymgzgn

Leonard Jansen was my uncle and I remember this theatre well. In July of 1955 my dad and I took a trip to Norway. Our journey began by train, leaving from the NP depot in Fargo en rout to New York. As we waited for a late boarding we attended a John Ford western double feature. The movies were, “Drums Along the Mohawk” made in 1939 staring Henry Fonda. The second feature was, “She Wore a Yellow Ribbon” made in 1949 staring John Wayne. Great memories of two great movies!