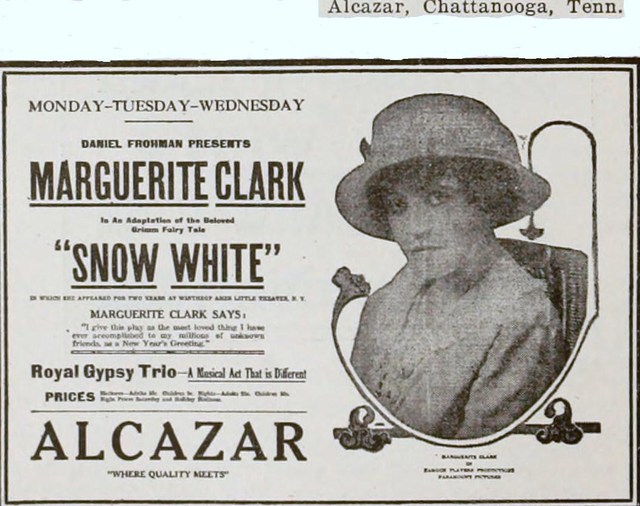 The Alcazar might have been a fairly early theater. The September 5, 1977, issue of Boxoffice Magazine published an obituary of Jacksonville theater man John Thomas. It said that he began his 45-year career in the business as a projectionist at the Alcazar Theater in Chattanooga, then had several other jobs before arriving in Jacksonville in 1926.

So even though the magazine doesn’t give the year Thomas began working there, there was an Alcazar Theatre operating in Chattanooga in the early 1920s. I can’t find anything else about the Alcazar in Boxoffice, though. Maybe it didn’t last long, or perhaps the name was changed.

An item in the July 1, 1916, issue of The Moving Picture World said that the Signal Amusement Company, operators of six movie theaters in Chattanooga, intended to built a new theater with 1,500 seats in that city. The item also said that Signal Amusement would remodel their Alcazar Theatre and expand its seating capacity from 675 to 1,100.

April 3, 1915 image added courtesy Chattanooga has History Facebook page. The above mentioned renovations apparently did not happen until 1919, per the same page.