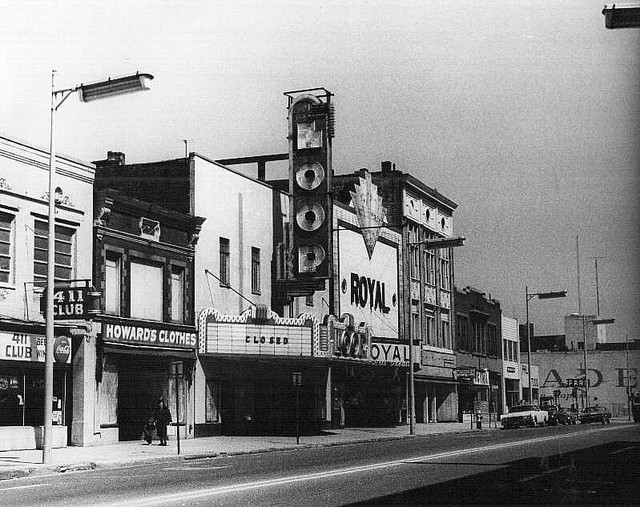 Comparing the American Classic image, and the Google Street View, I’d change the function of the Royal and Loop theaters to Parking Lot. Closed / Demolished….

Both Royal and the Loop were demolished in the 1960s thanks to urban renewal.

The Royal was operated for many years by the North Side Amusement Company owned by Martin G. Smith.

In a 1921 Toledo city directory, 421 N. Superior Street is listed as the location of the Orpheum Theatre. The Orpheum Theatre, with 634 seats, was also at that address on a list of Toledo theaters published in 1919. An Orpheum Theatre was in operation in Toledo at least as early as 1912.

In 1919, 2501 Lagrange Street was the location of a 733-seat house called the Savoy Theatre. Later, the name Savoy was moved to a smaller house on Lagrange. I don’t know what then became of the Orpheum/Savoy. Richard Abel says the Orpheum on Lagrange opened in 1910.

According to John Phelan’s Motion Pictures As a Phase of Commercial Amusement in Toledo, Ohio, in 1919 the Superior Street Orpheum had 664 seats and twenty employees, eight male and twelve female. That was not only a fairly high employee-to-seat ratio, but a very high female-to-male ratio. It makes me wonder if the Orpheum could have been a burlesque house at the time.