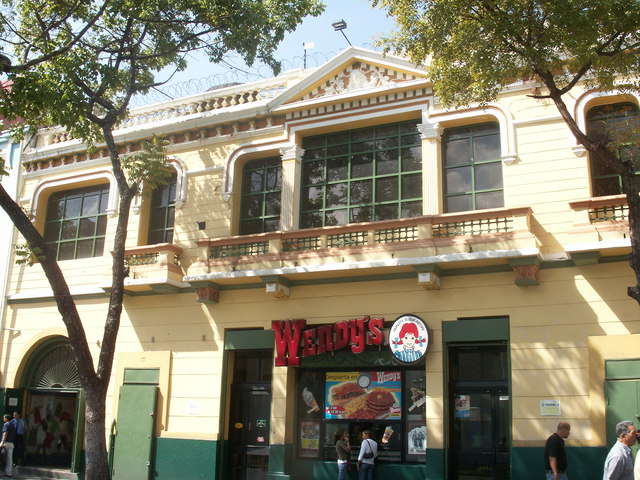 The Teatro Capitol is located on the Avenida Oeste 2 between Pepe Sierra Esquina and Monjas Esquina in the central downtown area of the city.

The facade is styled in a mix of Baroque and Neo-Classical styles and has a small balcony inset, surrounded by an Ionic column and topped by a central pediment which contains a female figure. Inside the rather narrow auditorium, seating was provided in stalls and a small balcony.