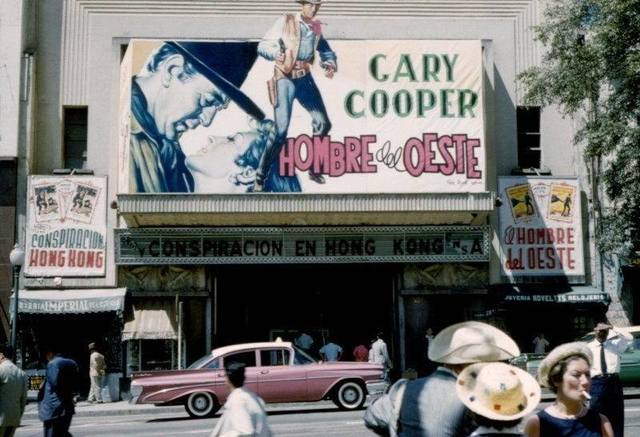 The Teatro Continental is located next to the Teatro Ayacucho on the Avenue Sur 4 in the East of Plaza Capitolio, which is in the central district of Caracas.

It opened on 11th January 1936 with Cecil B. De Mille’s “The Crusades” starring Loretta Young. It was a project of Metro Goldwyn Meyer and played MGM movies for many years. The architect was Carlos Guinand Sandoz, assisted by Henry Brons who designed a stunning Art Deco style cinema, with many decorative mural panels depicting stylised Art Deco figures. Seating was provided for 900 in the stalls, 500 in the balcony and 500 in a seperate gallery above, making it one of the largest cinemas to operate in Caracas.

Unfortunately, it bacame evident that the exit ways from the gallery area were inadequate when the cinema was playing to a full house and from soon after opening in 1936 until 1942 the gallery was closed off for safety reasons. In 1942 modifications were made to the building which met with safety issues and the cinema operated at full capacity.

It continues today as a rare example (in Caracas) of a vintage downtown cinema still screening movies. If there is a scheme in Venezuela to list historic buildings, then the Teatro Continental would be a major contender for being placed on one.