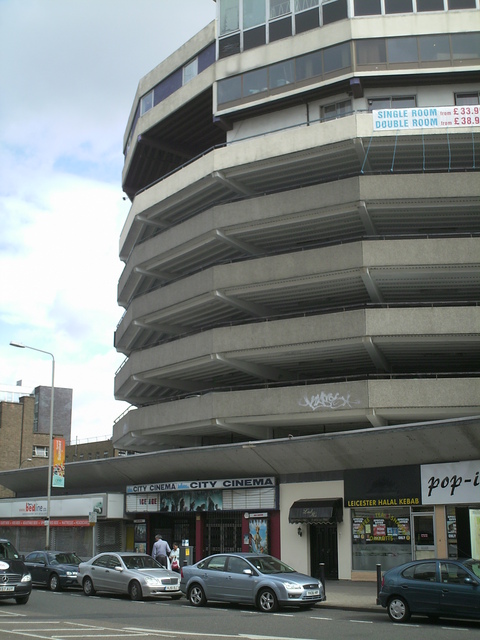 Opened in September 1969 as the Cinecenta, it had three screens seating 280, 198 and 136. Initially the two larger screens showed regular films and the smaller screen was known as the Penthouse Cinema Club which screened uncensored ‘adult’ films. The cinema is located on the ground floor of a multi-storey car-park and hotel complex.

It was taken over by Star Cinemas Ltd. in 1979, followed by Cannon Cinemas in August 1985. Closed on 2nd October 1986 as the MGM, it remained empty for several years until it was re-opened as the Cannon Cinema on 14th July 1990. Later taken over by the ABC chain, who already operated the four-screen ABC (former Savoy) in Belgrave Gate, which was only one minute away. The ABC Abbey Street became a ‘move-over’ cinema.

In May 1997 it was re-named Belle Vue Cinema and began screening Bollywood films in at least one of its screens each week. In 2006, it changed names again to the current City Cinema and now screens the latest Hollywood film releases in all three screens. It had the cheapest ticket prices in the city (2Pound-90Pence) and during mid-week matinees could be quite empty, but tended to fill up at week-ends and holidays. It was closed by 2014 and was converted into an Evangelical church, the Brazilian based Universal Church of the Kingdom of God.