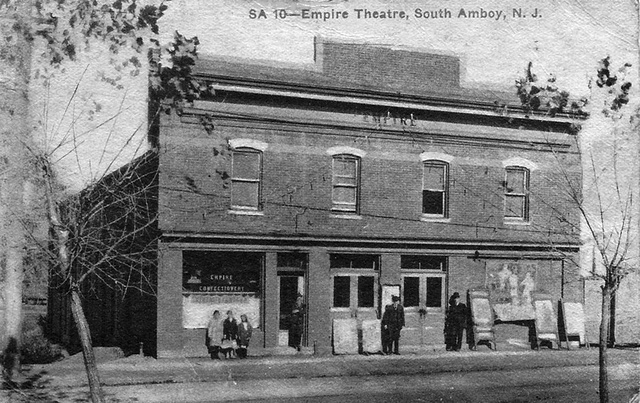 The 1944 FDY lists this theatre as part of the Snaper Circuit.

The February 6, 1915, issue of the South Amboy Citizen featured an announcement that the New Empire Theatre would open to the public on Monday, February 8. The theater was not yet finished, but the remaining work was not expected to interfere with the shows. A March 16, 2002 item in the paper said that the Empire Theatre’s grand opening had been held on March 25, 1915, and that the theater had burned in April, 1950.