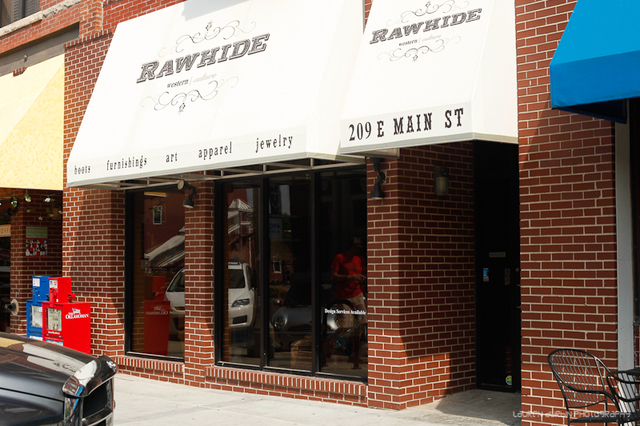 The Oklahoma Theatre was built to showcase product from B studios that churned out action adventures, potboiler melodramas, and westerns. During the 1950’s the Oklahoma Theatre specialized in outer space and science fiction films which proved to be very popular amongst local teens.

The Oklahoma Theatre lobby was small and simple, dominated by an oversize concession stand.

The Oklahoma Theatre closed in the late-1950’s, then was converted to a stationary shop. Today the the building stands vacant, marquee removed, but the upright sign is in place. Heavy steel alleyway exit doors still flank the former theatre.

1940 exterior images of the Oklahoman Theatre can be viewed on below site. Type in word “theatre”, then hit search…
View link

Casual inspection of 1940s photos reveal that the actual name was Oklahoma Theatre, not Oklahoman.

Recent photos from the web site Roadside Oklahoma reveal that the Oklahoma Theatre was installed inside a former bank structure. Seems the theatre did no better than the bank did,
http://www.roadsideoklahoma.com/node/471

My dad watched serials at this theater in the 1930’s. He said the owner was gay, and closed or sold the theater after getting badly beaten up by a couple of sailors during the war (Norman had a Naval Air Station at the time).

A 1926 advertisement for Reproduco Organs lists the Oklahoma Theatre as one of their satisfied customers. Reproducos were very modest “photoplayers” half player piano, half sound effects machine and half pipe organ. (!) Because of their piano roll mechanisms, they were popular in remote areas where a capable musician might not be available to accompany silent pictures day after day after day after day. Reproduco (reportedly) had some of the best musical arrangements around.