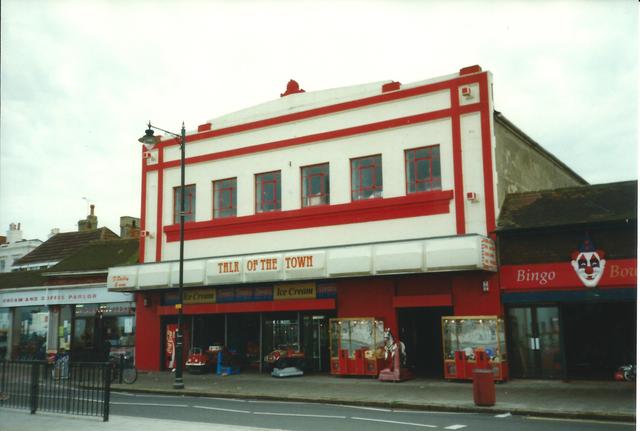 Originally known as the Casino complex which consisted of a Tudor restaurant, ballroom and winter garden that opened on 26th May 1919. The complex burnt down in September 1928 and the ballroom section was re-built as the Casino Cinema, with seating for 800 on a single floor.

It was taken over by the Union Cinemas chain in January 1936 (together with the nearby Red Lantern Cinema). Union Cinemas closed it down at the end of that Summer of 1936 for a modernisation and refurbishment and it re-opened on 26th December 1936 with Claude Hulbert in “Wolf’s Clothing”. The seating capacity had been reduced to 708.

In 1937 Union Cinemas were taken over by Associated British Cinemas(ABC) and they continued to operate the Casino Cinema for the remainder of its cinematic life. It suffered flooding in January 1953 when there was a terrific storm and it took several days to ‘dry out’. ABC closed the Casino Cinema on 30th October 1954 and it stood empty and derelict for over 20 years. Since the mid-1990’s it has been in use as an amusement arcade with slot machines etc and has had a false ceiling installed across the auditorium. There was never much in the way of decoration in the cinema with plain walls and only a decorative grille on each side of the proscenium to give relief.