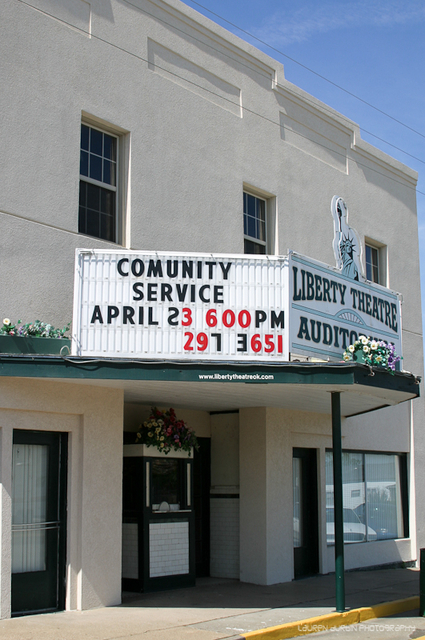 The Liberty Theatre was opened in 1919 as a live stage theater. Later, the theater was converted to show movies. The theater closed for three years, but was reopened by Jerry Earp, and was restored as closely to its original condition as possible.

Found on this site are modern photos of the Liberty Theatre;
http://www.roadsideoklahoma.com/node/390