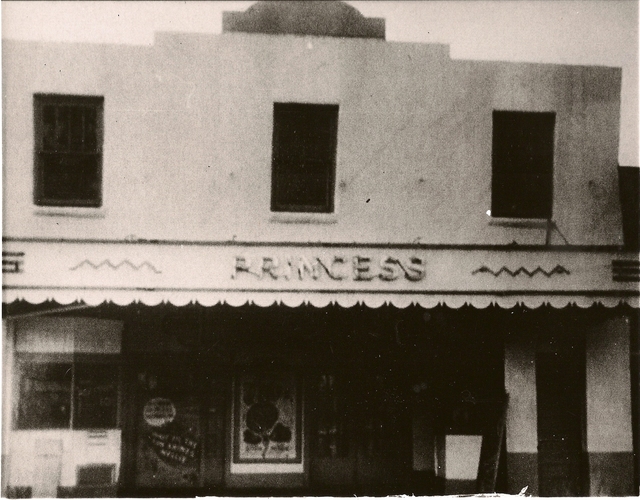 The address for the Princess is not correct. It was located across the square from the Iris.

My father was in the army and stationed at Ft McCLellan at the end of WW II. He met my mother in Jacksonville, and when he got out of the army, became the projectionist at the Princess Theater. I vaguely remember being in the projection room when he would be preparing the film reels before a showing.