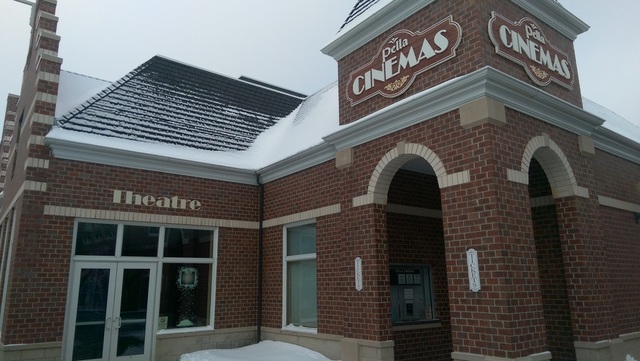 The town was settled by 800 immigrants from the Netherlands in 1847. The name Pella means “city of refuge”. The town still has a very strong Dutch heritage and has a big tulip time festival eash spring.

Pella has spent $25 million on it’s downtown by building a windmill and giving it’s buildings Dutch-style architecture to it’s storefronts and new buildings, so that it has an old world charm. The Molengracht (“mill canal”) is a replica of an authentic Netherlands canal with a working drawbridge.

The Pella Cinemas, of course has a Dutch design to it. Operated by Dream Star Cinemas, it has stadium-style seating and Digital Surround Sound. It opened in about 2002. What other theatre do you know that has a Molengracht that runs in front of it?