Arts at the Alpine (Official) 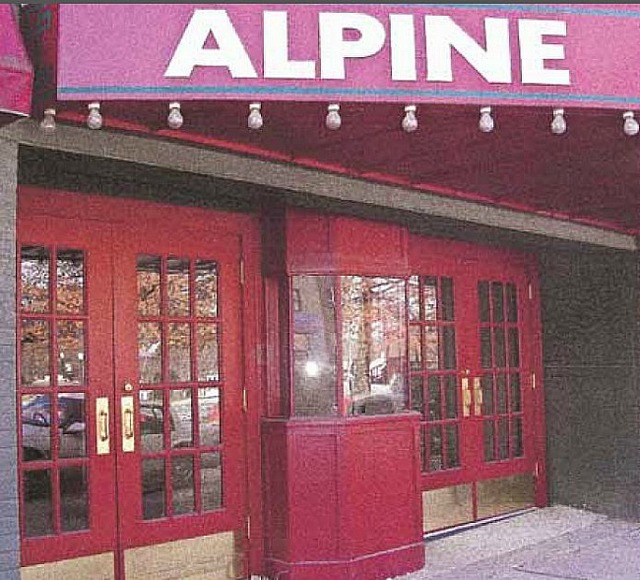 The Alpine Theatre was operating prior to 1941, and continued until 1982. After laying unused for many years it reopened in 1987. It has been restored and was reopened in October 2006 for live performances.

The Alpine was opened in 1987, contrary to the Mainstreet Ripley website and information above. I ran the projectors there during the summer and on the weekends until it was closed in late 1987.

I applaud them for restoring the theatre. But the green paint and awnings make it look like an Italian restaurant.

I uploaded what I believe to be an early picture of the Alpine which I found on a West Virginia website. Site said it was in Hampshire County. However no Alpines in any of the cities or towns in Hampshire.

Yes, Chris1982, that is correct—the reopening of both the Alpine and the Mountaineer Cinemas was in 1987. I’m aware that it was opened way prior to that.