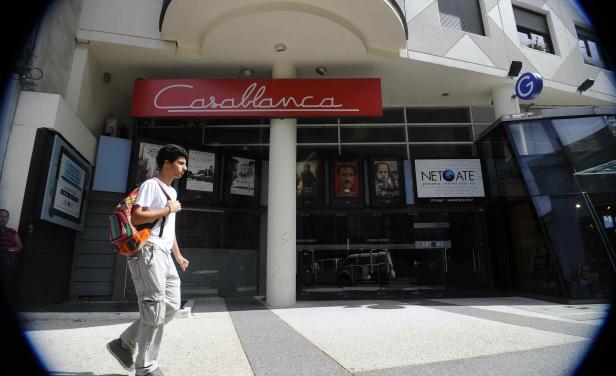 The Casablanca Cinema is a modern building located in the downtown of Montevideo and it screens the latest movie releases.

The three screens are named after Hollywood icons: the Marilyn Monroe has 206 seats, the James Dean has 126 seats and the Humphrey Bogart has 109 seats. All screens are equipped with Dolby Digial Sound. One added bonus is the cinema has a bar selling beer.