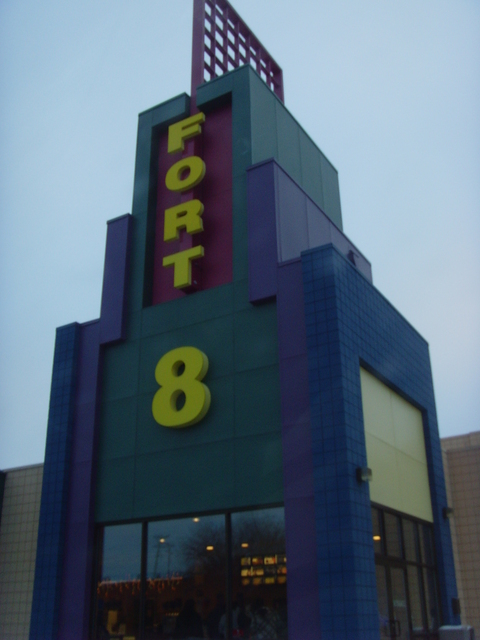 The Fort 8 opened as a twin in the early 80’s and was expanded to six screens in the late 80’s. Since then, two more screens have been added. It was operated by Central States Theatres. In 2002 it changed hands and is now operated by CEC Theatres. When the theatre first opened it was simply called the Cinema.

Here is an undated photo:
http://tinyurl.com/yr4g3m