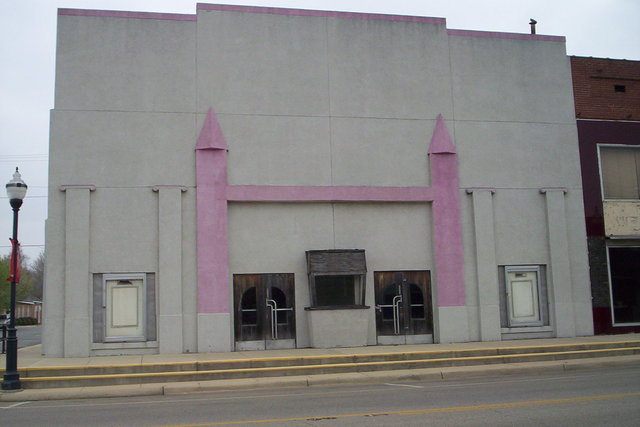 Thanks for digging up the address. This photo of the Sharum, such as it is, was recently sold on eBay. Depending on the date the photo was taken, I’m wondering if the building is actually still standing, asopposed to demolished:
http://tinyurl.com/2vpr5j

Unfortunately the photo wasn’t dated, but it seems contemporary. I agree that the the status is most likely closed instead of closed/demolished.

The name of the theater is indeed the Sharum Theater. It has been closed since I would guess the late 70’s. However, the owner of the theater bought it in the 80s and hired some people to do renovation work, but the people didn’t complete it and stole some stuff from it.

However there’s a “Downtown Walnut Ridge” organization that is trying to revitalize the downtown area, and it seems the theater will be one of their projects. I can only hope, at least. Here are two bits of info:

Minutes from the organization, stating that cleanup has begun on the theater:
View link

Looking at the modern Street View from the map link, the entire facade from about 10 feet on up looks totally different than the 1984 picture. At some point the marquee has to be replaced to make it look like a theater once again.

By 2016, the original doors and remains of the ticket booth were gone. I have no idea why they wasted money applying the cheap and tacky dryvit remodel. Messing with the façade should have been the last priority.