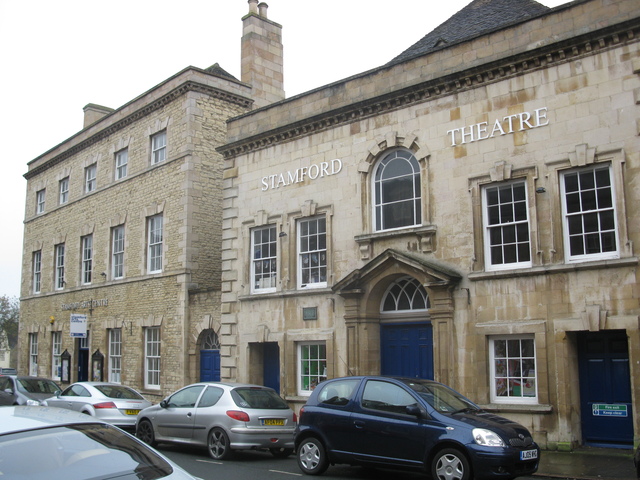 Opened in 1768, the Stamford Theatre was a Georgian playhouse that lasted until 1871, when the interior was stripped out to convert the building into a gentlemen’s club. After many other uses, the theatre made a return to entertainment in 1978 when it became the Stamford Arts Centre, for live performances. Further alterations in 1992 enabled the showing of films and this dual cinema / theatre usage continues to the present day.

The 1978 conversion did not seek to replicate the original design of the theatre, but instead provides a comfortable 165 seats on a single raked floor in front of an open end stage.

The exterior in mellow sandstone, is of two storeys and five bays under a continuous bracketed cornice and straight parapet. There is a large pedimented central doorway and two small side doors. Above the main entrance is a large arched window. It is dignified and an important part of the streetscape in this historic town.

Also in the Arts Centre is exhibition spaces, craft workshops, cafe and other facilities for youth, cultural and learning activities.