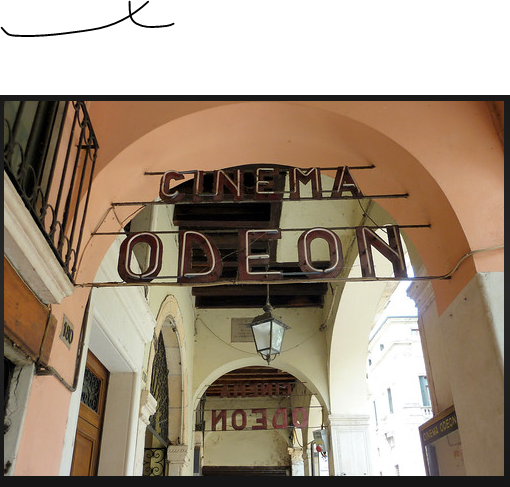 The Odeon is an historical cinema in Vicenza, Italy which opened as a movie theatre on the 18th of May 1907 and since then has never stopped its activity. The building was originally a church, one of the seven oldest in Vicenza dating back to at least the year 1000.

It was deconsecrated in 1809 and then converted into a craftsmen corporation meeting hall in 1858. Nowadays Cinema Odeon is probably the longest continously operating movie theatre in Italy and one of the oldest in Europe.