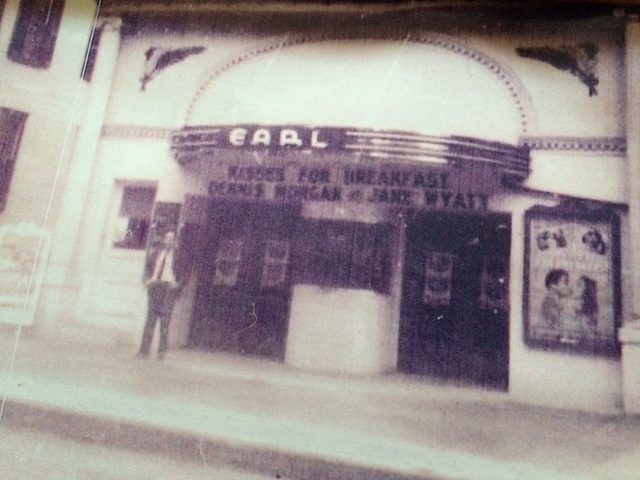 The Crystal Theatre was opened in 1914 and operated until 1930 as a silent movie theatre. It was converted into the Crystal Restaurant which operated thru the 1930’s.

I always attended this theater as a child until it closed. My father loved movies and this was the closest to our home and also the cheapest because the movies were shown here later than the other local theaters which were in Gettysburg and Hanover.

J.H. Plymire ran the Crystal Theatre in New Oxford on Lincoln Way West from 1914 to 1930 without converting to sound. The business became home to the Crystal Restaurant for almost the entire decade of the 1930s. But Earl W. Rohrbaugh re-opened the venue as the Earl Theatre in December of 1939. William Snyder Jr. bought the theatre three months later running the Earl from 1940 to its closure in July of 1957. The venue was destroyed by fire in 2002.