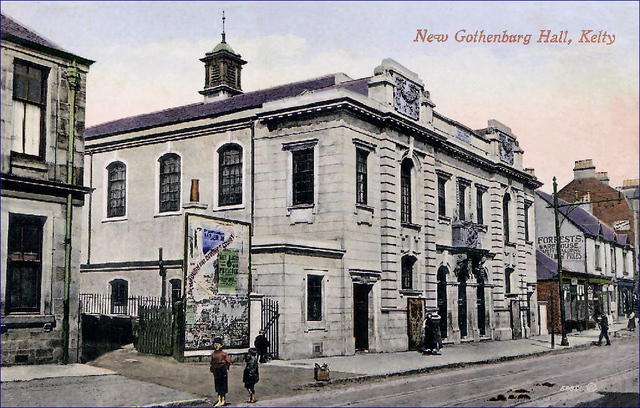 Kelty was a mining village which was the largest village in Scotland.

The Gothenburg Picture House was a single screen and very ornate in the style of an old music hall. It had a horseshoe balcony and barrel vaulted ceiling. The proscenium was 40 feet wide and the stage was 17 feet deep.

The clock tower was added in 1925 as a gift to the people of Kelty from the Gothenburg society.

Closed as a cinema in the early 1960’s, it converted into a bingo club for while. The building sadly ended its life as a raincoat factory and was demolished in 1976 by the local council who built the required little tacky box flats which now stand in place of this fine building.

Further information, including some archive material contributed by Steve, can be found here: