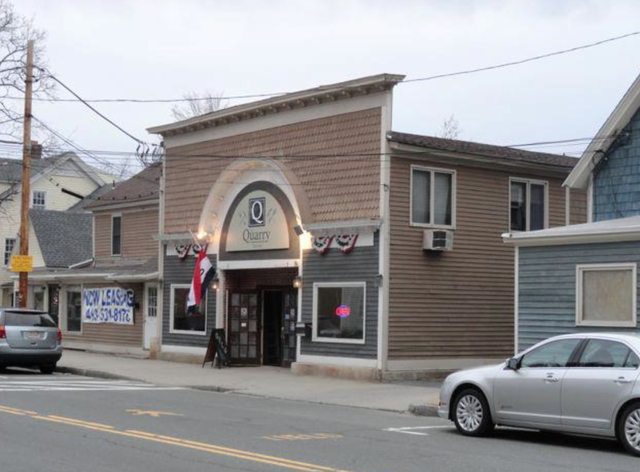 The Monson was an attractive little theatre located in Monson, south of Palmer. Further information welcomed.

The MGM Theatre Photograph and Report form for the Monson Theatre has an exterior photo dated April 1941. The theatre was a 2-story free-standing building with a handsome, exuberant facade. There were 2 pairs of double doors in the center, with a small marquee and an arch above. A huge poster case was on either side of the doors and there were 4 pilasters across the front. The marquee says “Monson” on its front, and there is a poster below for “Big Cash Award” game. The Report states that the Monson is on Main St. in Monson, that it has been a MGM customer for 5 years; was built in 1925 and is in Poor condition (but the facade looks great), and has 330 seats on the main floor and 45 in the balcony. But someone messed with those figures so it’s hard to tell what the seating capacity was. There were no competing theatres, and the 1940 population was 5,600.

Is this actually demolished? There’s a building at that address that sure looks like it could’ve been the theatre, with major renovations done to it.

Roger- I looked at your color photo of the building in Cinema Tours and it’s definitely the same, although a little plainer looking today.

The 1927 Film Daily Yearbook lists one movie theatre for Monson MA, the Roderick Theatre with 400 seats, open 4 days per week. Was that another name for this theater?