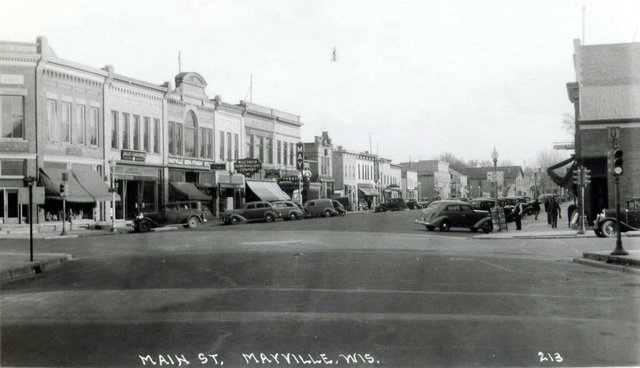 Lloyd’s Appliances bought the theater building in 1985 and remains there today.

A brief obituary of 78-year-old C.W. Docter was published in Boxoffice of October 26, 1946. It said that he had built the May Theatre, the town’s first movie house, but did not indicate the period when it had opened. The earliest mention of the May Theatre in the trade publications I’ve found is in the May 4, 1929, issue of Movie Age. It said that C.W. Docter was planning to install sound equipment in the house soon.

Google Maps has the address off quite a bit again, placing it at least 200' south of where it actually is. A sign reading MAY in vertical letters still hangs between two windows on the second floor above the entrance to Lloyd’s Appliances.