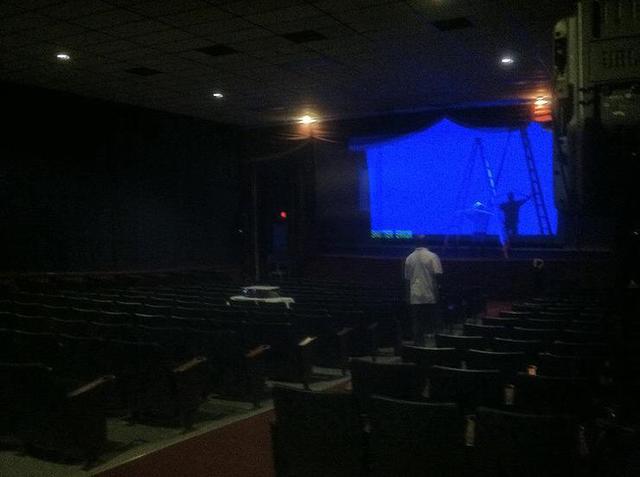 There were once 25 screens divided up over many theatres in this small town of just under 8,000. The Memorial Drive Cinema 4 was opened by Septum Cinema around 1982. It was closed in 1995. In 1997 it was reopened by Kings Cinemas (operated by the founder of Septum Cinemas) and closed in 1998.

Opened by the Septum Cinemas chain in late 1982 or early 1983. This was the first attempt by competing companies to challenge the ABC (later Plitt) Stonemont Twin which had enjoyed an exclusive situation along this very heavily traveled section of Memorial Drive from I-285 to the Gwinnett County line. Later, Septum opened another 5 screen location a couple of miles down the road. Plitt countered with a 6 next door to the 5. Cineplex acquired the Plitt chain and opened another 6 just across the county line. Last, as usual, to the scene was General Cinema with an 8 at Hairston Road.

The reason for this concentration of screens was that while the town of Stone Mountain itself is very small, the surrounding area was a very fast growing and well off section of DeKalb County. None of these locations were actually in the city limits of Stone Mountain, but were in unincorporated DeKalb. By the mid 90’s this the boom days of this area were over and the Memorial Drive strip went into decline. Many of the strip shopping centers which lined the road were vacant and every one of the theatres mentioned here closed down at some point. There was a time when all of them were closed at the same time.

The Stonemont Twin, Hairston 8, and Cineplex 6 have been reopened by various independent operators, in some cases more than once. At this moment, the Cineplex is the only one operating. I do not know what happened to the two Septum’s, but the old Plitt 6 is an indoor amusement park and party room.

For a more detailed account of the glory days of this area, movie theatre wise, see the posting and comments on the Stonemont Twin page of this website.

This is currently what occupies the Memorial Drive 4: