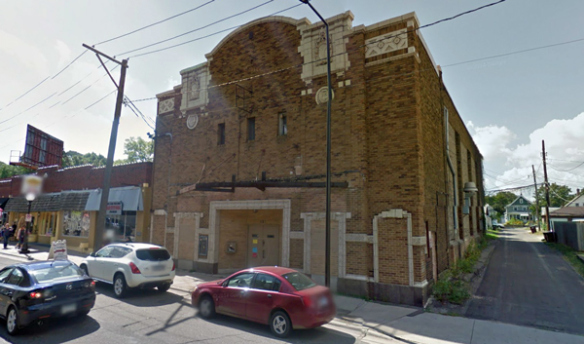 The Mohawk Theatre in St. Paul opened in about 1922. This nabe theatre appears to have closed in the 1950’s, and later was converted to a Masonic hall.

The Mohawk shows up in papers from Jack Liebenberg and Seeman Kaplan, according to this architectural site. However, since the date of the drawings is given as 1948, they may have been involved in a remodel after the 1922 opening.
http://tinyurl.com/2v7og9

West Side of St. Paul’s old Mohawk Theater fails to sell at auction Posted: 05/23/2014 09:20:38 AM CDT On St. Paul’s West Side, a former Smith Avenue movie house failed to sell at county auction. The old Mohawk Theater at 627 Smith Ave. dates back to 1921 and has served over the years as a movie house, a Masonic Lodge, the home of the High Bridge Sports Club and a rental hall, among other uses. Ramsey County held two open houses in May and put the theater up for auction on Friday alongside dozens of tax-forfeited properties, including 33 vacant lots and a car wash. Ramsey County Assessor Stephen Baker said no one bid on the two-story building, arguably Smith Avenue’s most distinct architectural landmark. It will remain up for sale at the same opening price of $340,000. West St. Paul blogger Ken Paulman, author of Stubbornlylocal.com, noted that the building’s interior has been heavily remodeled and no longer resembles a theater.