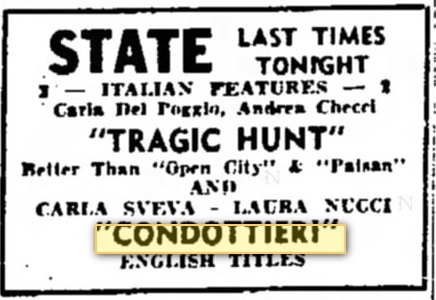 The State Theatre was one of downtown Troy’s many theatres. It was built by the same architect as the American Theatre (Cinema Art) and opened as the Rose Theatre on March 31, 1923. It was operated by the Rosenthal family and all seats were on a single floor. It was later renamed State Theatre. It closed in the early-1960’s and was quickly demolished for a parking lot, which it remains to this day.

Not sure, but I think this was on Fourth STREET, not AVE. Film Daily lists it as the latter, which I think is a typo.

The Rose/State Theatre was definitely on Fourth Street, not Fourth Avenue. Here is an item about it from the April 29, 1922, issue of The American Contractor: