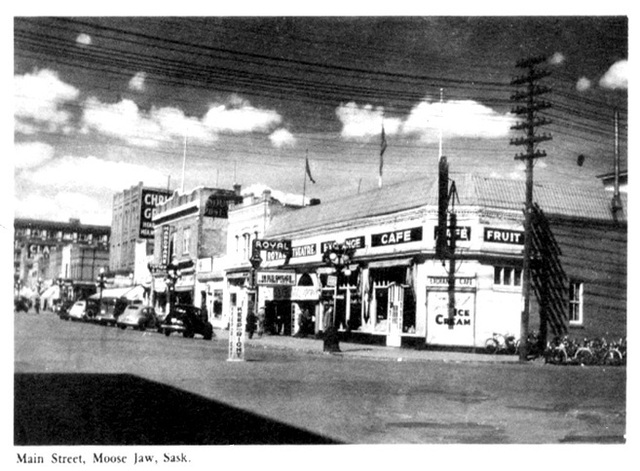 The Sherman Theatre was opened around 1913. It had been renamed Royal Theatre in 1931 and was owned by H. Phillet. In 1955, the Royal Theatre closed and was turned into a concert hall.

I don’t know where else to post this,but where are the listings for Saskatoon and Regina?I’ve been to several great houses in both cities in 1967'ish period.There were two I remember in downtown Saskatoon and at least two in the center of “Redchina”,as some of my American companions nicknamed Regina.There was a newer theater in the basement of a hotel.In Saskatoon,there was a nice,large house on the S.side of town.I sucked my friends into to going to see “A Man and a Woman” by telling them it was about auto racing.They wanted to kill me.I saw “how to Succeed In Business Without,etc."at a large downtown place.There was a great Chicom eatery on the Eastside of downtown that was a fun after movie spot on Sat.aft.The Chinese thought we were all CIA agents.I guess short-haired young Americans in suits caused excitement.It couldn’t have been the phoney dialouge about someplace near DC.

I have a postcard (c. 1940’s) of a Royal Theatre on Main Street. This is a street scene showing Main Street looking North from C.P.R. Station. The theatre front is in the right foreground.

CinemaTour gives the address of the Royal Theatre as 11 Main Street North, and gives it the aka Sherman Theatre. A comparison of the vintage photo of the Royal with the modern Google street view shows the location to be correct. I found the Sherman Theatre at Moose Jaw mentioned in the September 21, 1918, issue of Exhibitors Herald and Motography.

The New Sherman Theatre in Moose Jaw is listed in the 1913-1914 Cahn guide with 1,000 seats and the notation “[t]his theater just building and no details available as we go to press.” The edition also lists the 550-seat City Hall Theatre, managed by W. B. Sherman who is also listed as manager of the new house.

This page of a family history web site says that William Passmore moved to Moose Jaw and opened the Royal Theatre in 1931. He had earlier operated the Globe Theatre in Lafleche, and at one time operated a theater in Esquimalt.

The building that housed the Royal Theatre has been demolished. It’s site is now part of the site of a business sporting the peculiar name “Capone’s Hideaway Motel”.