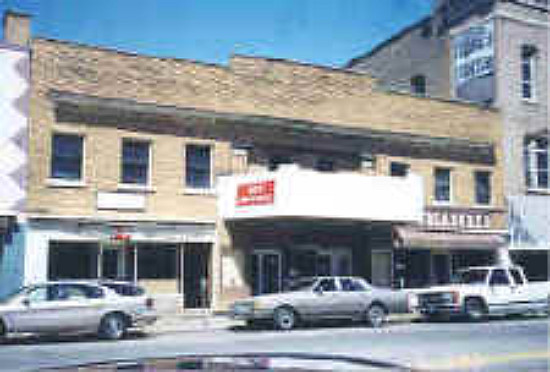 I bet my Dad went to all three of these theaters since he grew up in Neffs,Ohio. I’ll have to ask him if he has any memories that I can share with all of you. He’s 76 years old and I’m sure he went to all of them at least once.

The Capitol Theatre opened on January 3, 1925, according to the caption of a photo on page 53 of Bellaire, by Holly Bruno and Andrew Ehritz (Google Books preview).) An item in the December 1, 1928, issue of Motion Picture News ran this item about the house:

“The Capitol Theatre, Bellaire, Ohio, owned by A. G. Constant and associates, has reopened after being dark several months to permit extensive remodeling.”

Google Books also lists a small book titled The Capitol Movie Theatre, Bellaire, Ohio, which was published in 1930, but Google has no views of it available. The book has apparently been digitized by the State Library of Ohio and should be available as an e-book which can be checked out by card holders of many public libraries in the state (here’s a list.) Maybe a Cinema Treasures user with a card from one of those libraries can take a look at it and add more information here.

The marquee of the Capitol can be seen at the right in the 1950 winter photo I’ve uploaded.

At some point in time Bob Hope made a personal appearance at the Capitol in conjunction with one of his movies. He signed his autograph in cement outside the theatre. I’ve uploaded a photo with a welcoming banner for him.